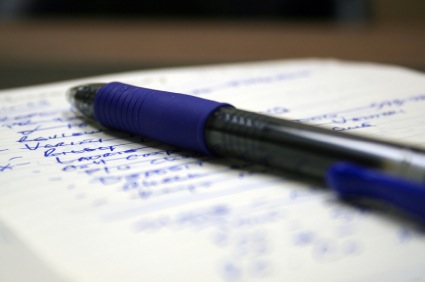 One of the more satisfying creative projects I devised when training actors was an extended exercise which I called Flying Solo. This was designed to give student actors the opportunity to devise, author and perform a one-person showcase for their talents.

The experience of creating a piece of theatre from the ground up has a few advantages for those learning how to make their way as a professional performer: they learn how to devise their own material, they work on an extended creative project … this one covered about 8 months across two semesters of work … enabling sustained effort and revisioning. The actor finished with a play, a performance, and a sense of real achievement. I always thought that the real benefit of the project was the confidence this project would engender, as well as the knowledge of how to create something for yourself once you got ‘out there.’ It’s no small thing to devise, write, produce, and perform for 20 minutes … solo … on stage.

The first stage of the process involved the devising and authoring of the script.  Ideas were floated, discussed, discarded, come back to, revised, and finally made it to a first draft.  At the conclusion of this stage, the actors read their scripts for an invited audience. The audience were invited to contribute their comments at a talk-back and via an wiki. This first stage was done under the mentorship of a colleague and myself.

The second stage involved refining and in some cases, rewriting as a result of the first stage feedback and concept development. Actors were asked to work under ‘blackbox’ workshop production conditions, i.e., write with an eye to minimal production values. At this stage of the development of the performance script, they were required to consider their production values. These would enhance and not detract from the live action. Students were required under the constraints of the project to include some audio-visual effects: music, other sound including voice-over, slideshow materials … title and comment slides, brief video clips.

I devised workshops to teach students how to create these production materials using online apps and services. We’re talking the mid-2000s here. Of particular use were Microsoft Power Point and Apple Keynote which allowed for the creation of an audio-visual set of effects to complement the onstage action. A parallel class during the year had been designed to give student actors voice-over skills and studio familiarisation. Whilst many were already quite tech savvy in prepping their own materials, others weren’t at all, and showed some of the signs of digiphobia and the frustration of now knowing how to access and manipulate the materials they need. The positive side was that those who were skilled at using and manipulating the materials assisted colleagues who were less confident. Typically, team effort flowed out of and reinforced the working methodology of performance creation on what was essentially a solo performance by an actor.

The third, and last stage of the project involved rehearsing the final script for presentation before an audience. Student actors flew solo, off-book and accompanied by the production values they had selected and created. This final rehearsal stage involved working with a small technical team of stage management students. With only 3 run throughs, the 20 min plays were ready for presentation.

The shows were very well received. In the second year of this project, I noted that for some actors, this was the best work they had done. I wonder whether this has to do with the belief that when ‘the words are your own’ (and this is something actors strive to make happen in rehearsal with other people’s words) the performance is better.